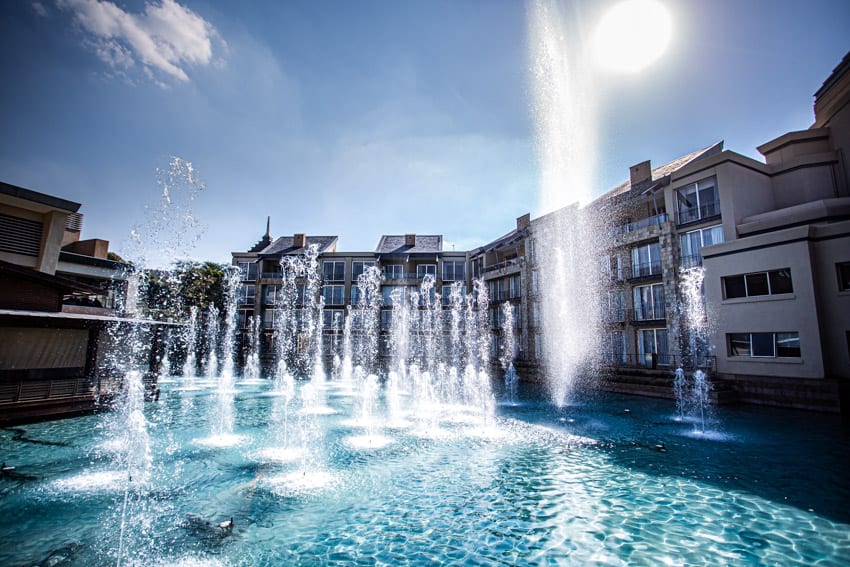 Silverstar, a Tsogo Sun property on Jozi’s West Rand, revealed its magnificent new offering at a big bash on Thursday, 13 November 2015, marking the spectacular complex’s official opening to the public.

The precinct underwent a R560 million Rand development over the last 18 months and its new offering positions it as a premier entertainment destination on the West Rand for the whole family to enjoy.

Marcel von Aulock, group CEO of Tsogo Sun says, “Tsogo Sun has built a track record of investment, refurbishment and redevelopment.  We believe in investing in each of our units to make them as relevant to the market as possible.  Silverstar has now been reinvented as the premier entertainment destination in the West Rand with a unique leisure offering that appeals to the whole family.”

The launch of the complex, compered by Simba Mhere of Top Billing featured musical performances by Muses Duo, The Parlotones and Three Tons of Fun as well as an impressive laser show. Guests were treated to an array of spectacular offerings throughout the evening including a Moёt and Chandon bar; an amazing aerial silk rope act; contortionist shows as well as delectable canapés and a candy buffet.

“We’re very proud of our beautiful complex and are inviting avid fans and new guests to come and enjoy our new entertainment and dining experiences. We’re sure to deliver on our promise of offering entertainment for everyone,” says Shane Collinson, Director of Operations and Complex General Manager at Silverstar.

Silverstar now serves up six new restaurants to the West Rand; a large Magic Company with the latest arcade games, a 12-lane bowling alley and a 450m² hi-tech laser-tag games facility; a Movies@ cinema complex boasting the latest 3D technology; a 2 200 seater dome called The Globe hosting expos and shows; a Boktown venue where over a 1000 spectators can watch games on a 62m² state-of-the-art high definition screen and a Parker’s Comedy & Jive stand-up comedy venue.

Dining options inside the complex include Spur, a firm South African favourite; Billy G, a family buffet restaurant; Steak, which specialises in mouth-watering meat dishes and Black Cherry, a coffee shop with a menu tempting all taste buds.

In addition, fast food outlets such as Raj, Steers, Mi-Vami and Noodle Bar also form part of the indoor dining mix. These restaurants are located opposite the entertainment zone and have one centralised seating area.

Silverstar’s domed events arena, The Globe is the new venue for world class expos and large-scale events. It will house the much anticipated Tutankhamun – His Tomb and His Treasures exhibit from 2 December.

Silverstar’s entertainment offering lives up to its promise of entertaining young and old with the following fantastic events scheduled over the next few months:

Tutankhamun – His Tomb and His Treasures, from 2 December, price R80 – R160 per person

“I’m inviting families to plan a fun-filled outing to the wonderful West Rand and to come and explore our brand new offering,” says Collinson.

For more information contact Silverstar on 011 662 7300, visit www.silverstarcasino.co.za or like Silverstar’s Facebook page to be kept in the know about all the latest events, shows and expos coming to Silverstar’s brand new venues.