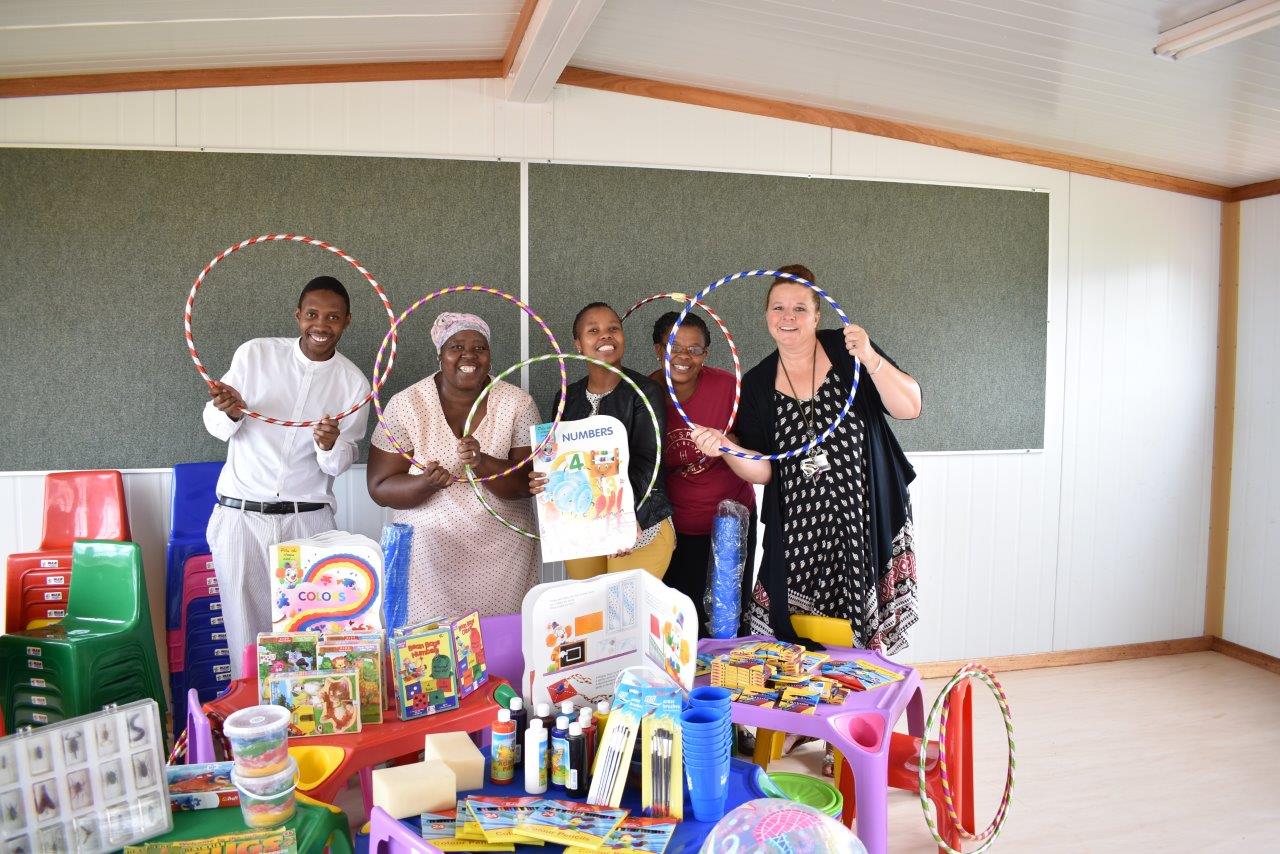 New ECD centre at Munsieville Primary for 40 little ones

The importance of quality Early Childhood Education was strongly emphasised by President Cyril Ramaphosa at the Basic Education Department’s Lekgotla on 21 January, where he gave the keynote address. “We need to do more, work harder and establish greater system efficiencies in the first five years of schooling if we are to rise to the international standards prescribed as minimum benchmarks for reading comprehension, mathematics and science,” he said, adding that it is at the basic level of education where the culture of learning must be inculcated and embedded, “where we must produce children who are obsessed with consuming existing knowledge and create a burning desire among them to produce new knowledge.”

Silverstar Casino, which is committed to become catalysts of change in the community where it operates with a strong focus on education, has recognised this crucial need and in collaboration with local partners, has established an Early Childhood Development (ECD) centre at Munsieville Primary School.

Adele Wilson, Silverstar CSI Manager explains, “We were approached by Christopher Kok from an NGO, Raithuta Child Educare Centre, which operates in Mogale City, to assist in upgrading his ECD centre in order to adhere to local government standards. The Silverstar CSI committee visited the existing facility and found conditions to be less than ideal, unsafe and unhygienic for the children. We approached Munsieville Primary School, with which we have a longstanding and good relationship, to discuss the possibility of establishing an ECD Centre at the school. The principal, Judith Jabulile, was very positive.”

Munsieville Primary School contributed a classroom and a teacher, Priscilla Mafora, to the newly located Raithuta Educare Centre, who works with Christopher Kok, teaching and running the centre. Within the first week of the school opening in January, 31 children had registered in the centre which can accommodate 40 children.

Silverstar’s contribution and commitment to the school includes Grade RR BrainBoosters training and evaluation in a range of modules for both Priscilla Mafora and Christopher Kok; first aid training for both educators; 10 tables and 40 chairs; and a wide selection of arts and crafts materials, educational games and equipment. Adds Wilson, “We also recognised that many children in the area go to school on an empty stomach – which drastically impairs focus and cognitive development. As a result, we have also partnered with HeadStart Kids, a nutritional school based programme, which will ensure that the Munsieville Primary School children in grades RR, R, 1, and 2 will receive the necessary nutrition for proper growth and development.”

Judith Jabulile, Principal of Munsieville Primary, is delighted at the developments at the school and what they represent for local children. “The Raithuta Educare Centre means that there is community involvement between the school and the community, and development and mentorship are being established between the two parties. It also mean that early childhood education is being recognised and valued for the positive impact it has on children’s lives,” she says.

Silverstar’s investment in the education of children in the area is founded on a deep-seated belief that every child has the right to a good education and to opportunities for a bright future. It includes initiatives such as working with and donating to ECD centres, the Moves for Life chess programme, which impacts 4 111 learners in seven primary schools in Mogale City; the Columba peer-driven leadership programme for high schools in economically disadvantaged communities; and a career development and guidance programme for high school learners from grades 9 to 12.

Wilson says, “Silverstar CSI has a pipeline education plan, and the ECD centre is the entry level of this pipeline. Our ultimate hope is for children who are well-educated, confident, self-disciplined and equipped to set themselves on the path of success.”

Tsogo Sun’s portfolio includes over 100 hotels and 13 casino and entertainment destinations throughout South Africa, Africa, the Seychelles and Abu Dhabi.