CPFs gets an equipment boost 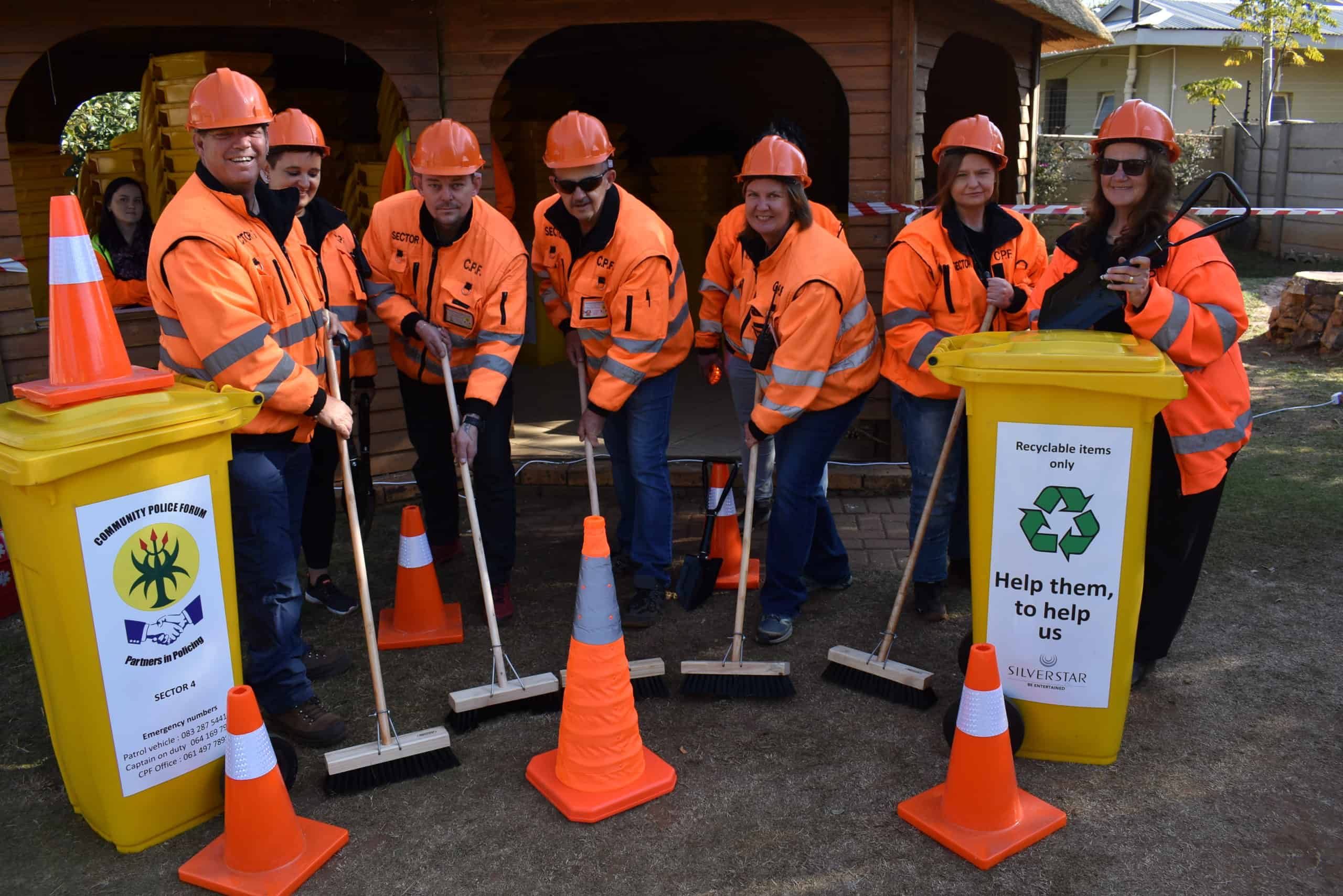 Silverstar Casino has again shown its stalwart support and caring for local communities with big donations to assist the hard-working Community Policing Forums (CPFs) and waste pickers. On 1 June, Silverstar handed over a firefighting three-wheeler equipped with a water tank and pump, and other fire and emergency equipment to CPF Sectors 4 and 5, as well as 200 140-litre yellow wheelie bins for improved recycling to Sector 4. The donation is valued at a total of R550,000.

Anneke Potgieter, Operations Director and Complex GM for Silverstar, says, “Our CPFs are solely run by volunteers from the community, consistently delivering an excellent 24/7 service – as capable first responders in incidents of crime, road accidents, fire, first aid emergencies, and others, and as the eyes and ears of the police in our areas. Supporting these brave and committed organisations and individuals will contribute towards a safer and better environment for all residents.” CPF Sectors 4 and 5 responded to a total of close on 1,700 incidents from April 2018 to April 2019.

The primary aim of CPFs is to achieve more effective crime control, however their roles have developed over the years. Shanda Paine, Tsogo Sun’s CSI Manager, notes that the scope of their work has changed according to community needs. “The two CPF sectors each have between 30 and 40 volunteers who are patrollers and some first aiders. They are responsible for their own costs, their own equipment, two-way radios, clothing, safety gear, fuel and vehicles, and they freely give of their time and resources to be of service to their communities. Their duties include protecting the vulnerable against abuse, patrolling, first aid, assisting with accidents, crowd control, and incidents of crime.”

Sharday van den Berg, Sector 4 Public Relations Officer, says patrollers are given training by local police, fire and traffic emergency services, and Netcare 911, which includes scene management, fire fighting, and disaster management, and first aid responders train with QRS Ambulance Services. “Our priorities are to keep our office operational, and to ensure that our volunteers are equipped to offer assistance as and when needed. Our thanks goes to Silverstar for this donation – CPF is an NPO and without sponsors such as Silverstar we would not be able to be as effective as we are.”

The CPF Sector 5 region consists of 72% previously disadvantaged and unemployed people, and as most of the residents rely on state health services, the CPF volunteers provide assistance to patients and arrange emergency services as part of their overall duties.

Also handed over on 1 June were 200 wheelie bins for recycling waste from households in the community, as part of the Dignity for Diggers Recycle Project, a partnership between Silverstar and the Community Policing Forums. The project was designed to raise awareness on the importance of recycling and provide assistance to the waste pickers to make their jobs a bit easier. “Dustbin diggers make their living sifting through municipal bins for rubbish to take to recycling plants in exchange for money,” says Paine.

According to industry data, waste pickers collect as much as 80% of post-consumer packaging and paper waste, bringing South Africa’s recycling rate up to and above that of many European countries, and saving municipalities millions of rand annually in landfill costs.

The yellow bins are issued to CPF Sector 4 members who sort their waste at home, placing recyclable material, including plastic, paper, tin, aluminium, steel, and glass, into the bins on normal council collection days for the diggers to remove and take to the recycling plant in Factoria for payment.

Paine adds, “Silverstar recognises the extremely valuable contribution that the CPF volunteers and the waste pickers make to our community. We believe that by working together, supporting each other, and pooling our resources, we can create a stronger community service and make a huge difference to our residents.”