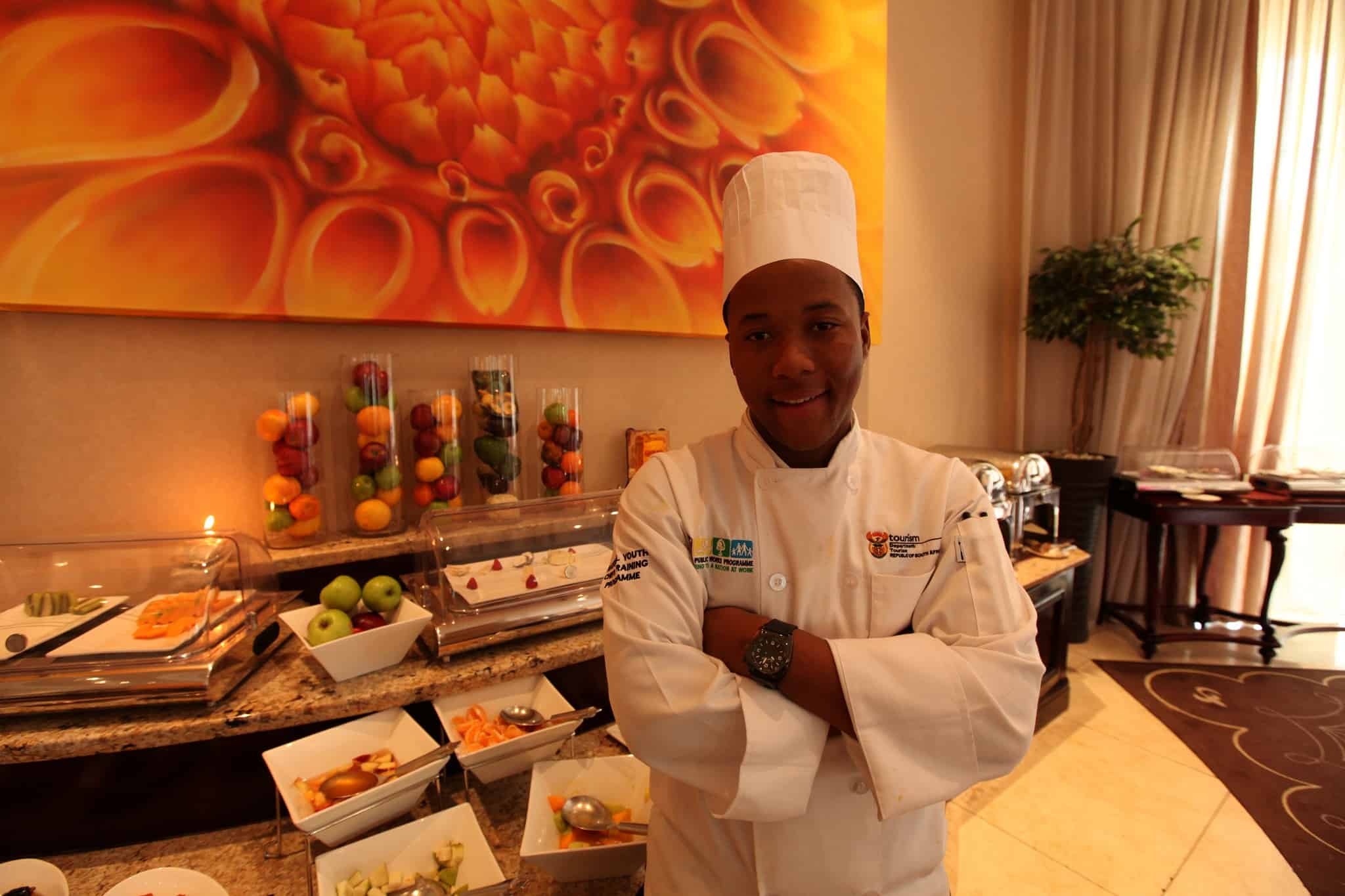 As a member of the Gauteng committee and Vice Chairman of the SA Chefs Association’s Young Chefs Club, Luxolo is looking forward to connecting with other Young Chefs Club members, discussing food and gastronomy and learning about different cultures and cuisine.

Silverstar assisted Luxolo to raise funds to make his trip to Norway a reality. Over R100 000 was raised through a joint fundraising event with the SA Chefs Association which took place on 20 March 2014 at Silverstar.

Luxolo’s career has flourished since he made his culinary debut as a scullery assistant in a hotel in Cape Town and achieved 35th position in the MasterChef South Africa competition in 2012.

He completed his SA Chefs Association National Youth Chef Training Programme and is currently studying at HTA School of Culinary Art in Randburg towards his Diploma in Food Preparation and Culinary Art.

Luxolo has been working for just over two years as a junior trainee chef under Silverstar’s Executive Chef George Georgiou. As part of his training, Luxolo runs the Black Cherry restaurant’s kitchen catering to customers enjoying the various delights this 50-seater restaurant has to offer.

Aspiring young chefs from around the world will be gathering in Norway in July to trade ideas about the culinary arts and learn about different cultures. “This will be my fist time overseas and as a chef, your world is all about diversity and cooking dishes influenced by ingredients and cultures from the world over. I look forward to implementing what I’ve learned in Norway in my cooking,” he says.
The goal of the Young Chefs Club is to persuade youth to seek a career in the industry. Members visit schools and share their experiences with learners and also encourage those serious about embarking on a career in the hospitality industry to enter competitions such as Nestlé Golden Chef’s Hat and MasterChef South Africa to gain valuable experience.

Luxolo’s love for cooking began when he was still a child. He used to watch his grandmother while she prepared meals every day. Eventually his curiosity got the better of him and he asked her to teach him how to cook. He has never looked back.

His favourite dish is seafood paella. “I enjoy the different flavours, textures and colours, plus I’m from Cape Town – I love seafood,” he says.

Luxolo’s advice to be successful in the hospitality industry is to be passionate, ambitious and dedicated. “Be willing to work hard, sometimes you have to work long shifts, but this career is very rewarding,” he says. Some of the lessons he’s learned include honest communication with patrons, consistency in your cooking and meticulous timekeeping. “These are all the trademarks of a professional chef,” he says.

According to Luxolo, salt and pepper are the most versatile ingredients in the kitchen and the hardest dish he’s ever prepared is savoury salmon with berry compote. “The most expensive ingredients I’ve cooked with are saffron that I use in my paella dishes and oysters,” he says.

Highlights from his career include cooking for 18 hours straight at Madiba’s funeral and cooking at the Eminem concert.

Black Cherry is Silverstar’s signature coffee shop and offers a variety of dishes to cater to all taste buds, but the eatery is famous for its delicious one-of-a-kind burger and authentic lamb curry.