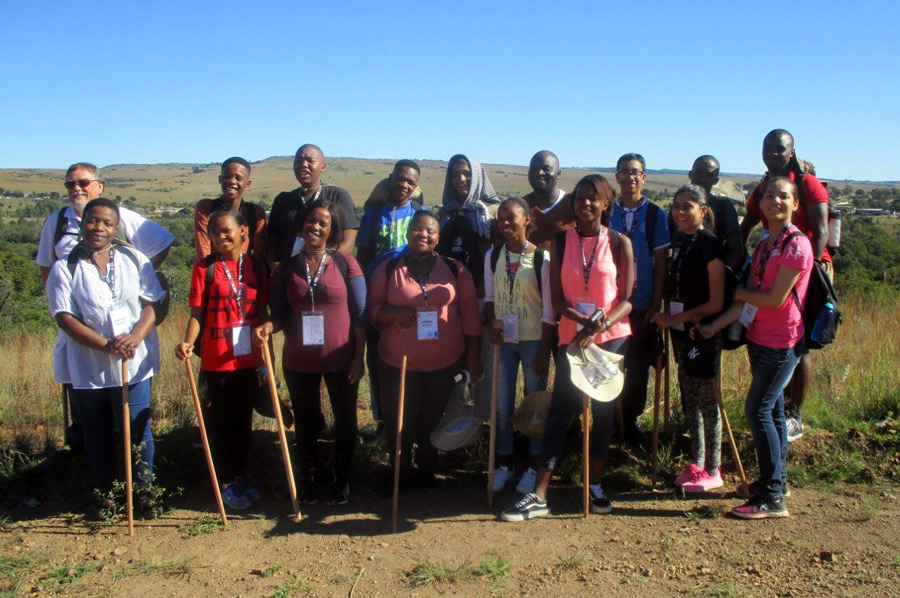 Twenty-four Grade 10 learners and six educators from two high schools in Mogale City – Ahmed Timol in Azaadville and Thathulwazi in Kagiso – who are on the Columba Leadership programme, have been through six-day intense training academy camps focusing on values-based leadership that are already showing signs of positively impacting the schools.

The Columba programme, which has been sponsored by Silverstar Casino in high schools in the Mogale City area for seven years, is a high impact and peer-driven leadership initiative for high schools in economically disadvantaged communities, which encourages youth to be self-motivated, work-ready, and employable. Principals, educators (called values champions on the programme), and grades 10-12 learners work together to assess their school’s challenges and implement solutions, become engaged in social change projects, and enable learners to develop critical skills for life and work.

Projects undertaken by Columba learners in the Mogale City schools over the years have included supporting a school feeding scheme, establishing a library and a book club, cooking for studying Grade 12s, a school food garden, and addressing learner issues such as late coming, bullying, gambling, discipline in classes, substance abuse, and even teen pregnancy.
The camps (one for each school) covered leadership values of awareness, focus, creativity, integrity, perseverance, and service, with training through interactive and experiential learning that broadened the understanding and meaning of each value for both learners and educators who participated on an equal basis in all activities.

Neo Madibana, aged 16, from Ahmed Timol says her initial expectation of the Columba camp was that it would be a fun break. “But it taught us so much. My favourite activities were on the creativity value because I never saw myself as creative, but when I got involved in the projects, people were impressed. I now see that I have some creative talent and I want to use it. I plan to start a girls club at school to share information on things that affect so many girls in my community like teenage pregnancy, dangers of unprotected sex, HIV/Aids, and STDs.”

Educator Derek Axsel from Ahmed Timol was impressed at the level of intensity and opportunity for self-reflection that the academy camp offered everyone. “Every aspect of the learnings was valuable and the teaching by the facilitators was excellent. We were given practical exercises for problem-solving and it was interesting to see learners and educators confronting their own short-comings and determining how to overcome them. The camp certainly impacted my awareness of the children and changed the way I reach them and get through to them.”

Educator George Purazeni from Ahmed Timol valued the learnings on focus and time management. “The importance of time was highlighted and it became clear that many people don’t get things done because they don’t plan.” Back at school, Purazeni’s focus turned to empowering young people and helping them develop themselves and set their own goals and visions.
Blessing Marite, age 16, from Ahmed Timol, was thrilled when she heard she was chosen to be a part of the Columba programme. “I learned so much about awareness – of myself and of others. I learned to put myself in others’ shoes. Focus was also an important value for me and if I focus, I believe I can achieve what I want to.” She is making an effort to share her learnings with children in the school who are not in the Columba programme.

Thathulwazi joined the Columba programme for the first time last year. Tracey Hackland, CEO of Columba, says Thathulwazi’s aim is to “equip their learners to be great leaders in their society” and that they see Columba as a way to develop and grow the learners to achieve that. She adds that the Thathulwazi principal, Isaac Lekomanyane, and the school’s educators are supporting the Columba learners and partnering with other youth structures within the school.

Lekomanyane says, “Through the Columba programme, we believe we will see change in learner behaviour that will improve overall learner performance; to help us put ideas learned in the camp into action; to ensure that programmes are successful; and to see some of our projects positively contributing to poor families in the community.”
A win for Thathulwazi is that one of their educators, Yandisa Nombengula, has had previous experience with the programme and the benefits it offers the learners and the school. “The Columba programme is extremely valuable to a school, for the learners as well as the educators. It instils a greater sense of responsibility in the learners, and it helps us recognise the role we can play in shaping the school and helping learners realise their potential.”

Adele Wilson, Silverstar’s CSI Manager, says, “It’s a great experience for Silverstar to walk this Columba journey with the learners and the schools every year – and to see what they accomplish both for the school and for themselves. The camps were a great success, and the learners and educators were given an opportunity to address their own personal growth and leadership capabilities.”

Earlier in the year, educators from the Mogale City schools on the Columba programme – the Columba values champions – were taken on an empowerment weekend in Magaliesburg for upskilling, networking, training, and sharing.

At the empowerment weekend, the educators’ sessions followed on from the initial Columba training with five modules that encouraged them to support positive change by clarifying responsibilities, roles, and processes; sharing stories of self-managed leadership; understanding of themselves in relation to purpose; aligning their passion with their profession by understanding governance within their scope of work, using educational policies and the Bill of Rights; and promoting values-based leadership and youth engagement through youth-adult partnerships.