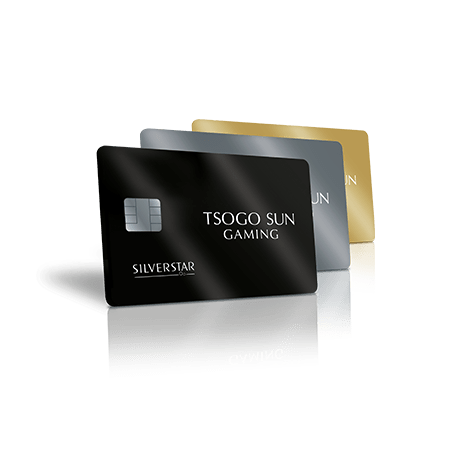 Bingo is back at Silverstar!

Buy your lucky Bingo ticket at the cash desk for just R30 each, and if your ticket has all 15 winning numbers, SHOUT BINGO and you could win the PROGRESSIVE JACKPOT!

What you need to know:

Buy your ticket at the Cash Desk on the day only from 07h00 to 09h30 and again from 10h00 to 12h30.
Note that when you buy your ticket, your lucky numbers are generated automatically.
If your ticket has all 15 winning numbers, SHOUT BINGO and you could win the PROGRESSIVE JACKPOT!

If BINGO is not called by the 30th number, the jackpot rolls over to the next session on the day or the next Thursday. As from the 31st number in that session, only the Session Pot can be won. The session will continue until the Session Pot is won.

The more tickets you buy, the better your chances of winning and higher the jackpot pool and there is no limit to the amount of tickets you can buy!

1. No person under 18 is allowed to gamble or participate in this tournament.

2. Any person who has been issued with a Refusal of Entry order, or who is self-excluded, or who fall into category of excluded persons, is expressly prohibited from participating in this tournament.

3. This promotion is closed to any persons who are directors, members, partners, employees, agents or consultants of or any other person who directly or indirectly controls or is controlled by the company or marketing service providers, or spouses, life partners, business partners or immediate family members.

4. Tickets are only valid for the date of issue and are treated as cash. Therefor Silverstar Casino will not replace lost or misplaced tickets, nor will tickets be allowed to be carried over to the next session.

5. Promotion participation is only trough purchasing a valid ticket corresponding to each session.

6. The starting and ending times for Sessions will be announced on the Gaming floor and will be advertised through mediums used within the casino.

7. Ticket sale times for each session will be communicated though mediums on the casino floor and participants will not be assisted outside communicated times.

8. Silverstar Casino Management reserves the right to exclude any player based on Management discretion, non-compliant patrons will be disqualified and no monies will be refunded.

9. Participants need to stop the game with a Bingo should they have winning ticket.

10. Only the Bingo call on the last number called will be valid and no late calls will be considered.

11. The game conductor will acknowledge the accepted call/s and will continue to verify. Any participants that are not acknowledged will not be eligible for a prize and will be considered as a late call not to be considered.

12. If a player has a winning number combination, it is up to him or her to stop play before the next number is called by shouting “Bingo” loud enough for the game conductor to hear. It is important to know that “Bingo” must be claimed on the most recent number called. If the game conductor has already announced the next number, it is too late to call Bingo therefore the win will not be honoured or be eligible for a prize. Likewise, as soon as the game conductor closes the game and drops the balls for the next game, any missed “Bingo” become invalid.

13. All prizes will be paid after the Promotion Coordinator has verified the ticket.

14. Should more than one winner be acknowledged the winnings will be divided equally amongst the winners.

15. A Valid form of identification or Rewards Programme card and ticket is required to claim the prize and any alterations on the ticket will be void.

16. Any person deviating from the promotion rules will be disqualified.

17. If any rules are found to be void, invalid or unenforceable for any reason, the remaining rules shall remain

in full force and effects

18. In the event of technical failure or damage to the device used, irrespective of the cause, another suitable device or method will be used, at the sole discretion of Management.

19. Every participant in this promotion shall be deemed to have acknowledged and accepted the rules by virtue of their participation.

20. Any person transgressing the rules of this promotion will be disqualified.

21. All decisions are final and binding, no correspondence or appeals will be entered into.

23. Copies of these rules are available at the Customer Service Desk upon request.

Our Silverstar Rewards Programme aims to reward our members each chance we get. No frills, no fuss – just relevant benefits that you can actually use!